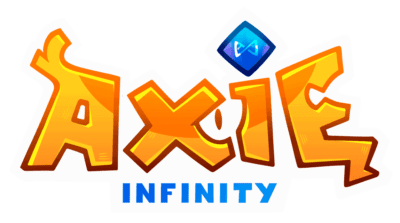 Axie Infinity is probably the most popular NFT game right now. It's similar to games like Pokémon, you have to collect fantasy monsters that you can breed or trade. The game's monsters exist as NFTs.

What is Axie Infinity?

Axie Infinity is a turn-based NFT game based on Ethereum, where players battle computer opponents or other players using virtual Axie creatures. The game is similar to Pokemon and is one of the biggest NFT games on the market at the time of writing.

During battles, players earn a cryptocurrency called Smooth Love Potion (SLP), which can be sold for money or used to breed new Axies.

The game was developed by the Vietnamese company Sky Mavis. In Axie Infinity, you can farm, collect, fight and trade Axie creatures. This solution makes it possible to keep the entry threshold to the game as low as possible.

How do I start playing Axie Infinity?

You need to buy three Axies to start playing

It's quite expensive for a beginner to get started because you have to invest money from the start (it's about $120, depending on the price of ETH).

To register you need to create a Ronin wallet, this is done via Axie's website. Then you can connect a wallet that can handle cryptocurrency. MetaMask is a fairly popular cryptocurrency wallet on the Ethereum blockchain and it's the one we recommend new players to use.

As mentioned above, you need to buy three Axie on the marketplace to start playing. The animals are sold both as adults and as mature animals (in an egg). They will then grow into full-grown Axies. It takes 5 days from the egg stage to the emergence of a specimen.

On the platform's main page, you can select the characteristics of interest, including Axie class and age. There are also tools on the platform to sort the offers by price.

Once you have bought three Axies, the game can start. This requires you to log in to the previously downloaded game client with the Axie Infinity account that was created.

Axies live in a world called Lunacia. The game is about fighting, collecting, raising and building a land-based kingdom for your Axies.

Each Axie has its own special characteristics that distinguish it from others. Examples of things that differ between each Axie are the number of body parts and colour. You can find the characteristics in the Axie cards on the Axie Infinity Marketplace and in your personal locker.

There are also several classes of Axie. Each has its own advantages and disadvantages. Here are the main Axie classes:

An Axie upgrade is also available for the player. This requires the replacement of parts of the Axie's torso. These affect the basic performance and can be:

The latter are extremely rare and only occur in a small proportion of special animals - they are called "origin Axie".

Axie Infinity has two game modes: PVP Battles and PVE Adventure. Each player is allocated 20 energy units per day, a local currency that must be used to pay to play in one or the other mode. For example, a PVP game costs one unit of energy. So before you start playing, you need to figure out how much energy you are willing to spend on each game mode.

This mode is battles between live players in a special arena. There are three pets on each side in battle. Axies, who are assigned different roles, take turns to damage the enemy. The winner is the player whose team defeats all three enemy pets. Smashing the enemy gives experience and useful items such as power-ups, potions and other resources.

Positioning your pets correctly and making the most of their abilities and strengths is crucial to the battle. PVP battles are available once every four hours. Users can only fight six battles per day.

In this mode, the player explores the world of Lunacia with his pets. The player will face hostile creatures that get stronger and stronger with time. Each defeat grants experience points to raise the level of the player's pets, and periodically the player will have to start from scratch, as sooner or later they will encounter an opponent they cannot defeat.

Positioning is very important, mainly because of how Axie chooses targets to attack. They choose them very easily by attacking the nearest enemy. If two targets are at the same distance from the attacker, the choice will be random. This also means that in the front line there is usually a tank that takes the most damage and in the back line there is a tank that has little health but needs to do as much damage as possible. Therefore, Axies are divided into three types of combat units:

Every team needs a persistent fighter on the front line to absorb enemy damage. The tanks protect your back lines while you try to get energy and cards to perform combos. Otherwise, all your flimsy Axie will simply die before they can even cause damage.

Axie Plants is the best candidate for the tank position. They have the most health and their cards have bonuses that allow them to heal themselves or allies and increase their survivability and utility in every way. They also have a high defense class.

This is Axies dealing out damage to Axis. Their task is to deal as much damage as possible or to play a combo with three or four cards before being killed that definitively eliminates one of their opponents. Beasts and Birds usually have very high damage, high speed but low HP and weak shield, so they are usually placed in the middle or furthest away.

Aquatic creatures deserve a special mention, as they can compete with the aforementioned classes here as well.

A support player, for example, can debuff a hostile Axie and heal both yourself and your teammates. Speaking of classes, this is tricky because supporters often have other classes, like insects or aquatic creatures. Axies with a lot of health and some really useful effects, like Fear Imposition, buffing or attack and speed reduction are good to have as support anyway.